Former Wigan player Liam Forsyth opted to move into part-time rugby with Swinton this year after deciding to focus on his off-field future. “I’ve been full-time since I was 17 or 18, so it has been difficult to develop that side,” he said ahead of Sunday’s Cup tie against Warrington

When all rugby league below Super League ended up being curtailed for the remainder of 2020 due to the Covid-19 pandemic, it made Liam Forsyth realise the need to plan for life away from professional sport.

The 25-year-old had effectively been a full-time athlete since his teenage years with Wigan Warriors’ academy, progressing to make 14 first-team appearances for the Super League big guns and then switching to Leigh Centurions for the ultimately curtailed 2020 Championship campaign.

But when the offer to join part-timers Swinton Lions, the club he had previously enjoyed three dual-registration spells with, for 2021 came along there was little doubt in Forsyth’s mind about it being the right choice.

“On a personal level, it was a pretty simple decision,” Forsyth told Sky Sports. “I always enjoyed playing for Swinton and I get on with a lot of the players.

“There is a core group of players who have been there for a few years now I get on really well with and I’ve known the coaching staff for quite a few years now, but then off the field it was a chance for me to go part-time and develop my career there.

“I’ve been full-time since I was 17 or 18, so it has been difficult to develop that side, so I jumped at the opportunity when it came along and I saw it as a bit of a win-win for me.

“It was a bit scary last year when there was no certainty for the future of the semi-pro game especially. For me, it was a kick up the backside to focus on life after rugby.”

Forsyth, who has recently started a job with a fire protection and security company, now finds himself in the same position as the majority of players in rugby league’s second tier in having to combine a day job with a career as a professional sportsperson.

He is not the only member of the Lions squad with experience of playing at Super League level or in the academy of a top-flight team either, and believes that leads to the Championship maintaining a good standard despite only a handful of the 14 clubs being full-time.

“There is obviously a lot of quality in the Championship and quite a few people who decide to work part-time and don’t want to stay in full-time rugby,” Forsyth said.

“A lot of people are highly qualified outside of rugby and can earn more money by playing part-time, so that’s more attractive for them. 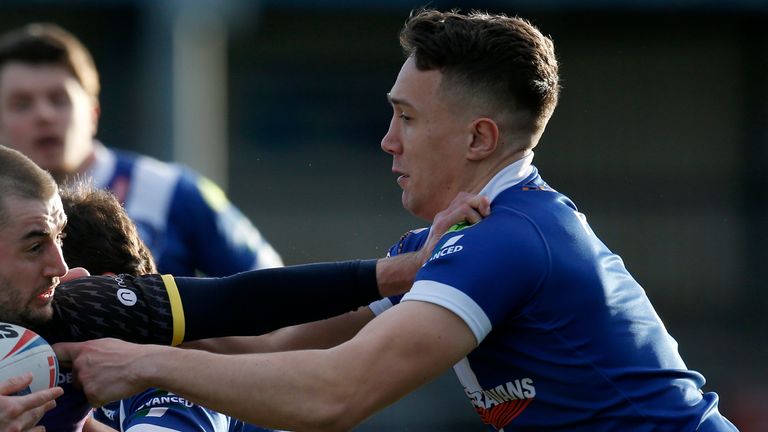 It was a bit scary last year when there was no certainty for the future of the semi-pro game especially. For me, it was a kick up the backside to focus on life after rugby.

As well as enjoying working under head coach Stuart Littler and having formed friendships within the squad during his previous short-term spells with the Lions, Forsyth has always found Swinton a welcoming place for both him and his family.

Once one of the leading clubs in the country, Swinton have endured some particularly tough times since financial problems forced the sale of their Station Road ground in 1992 and as of 2016 they have been based around 10 miles away at Heywood Road, the home of rugby union club Sale FC.

The Lions’ loyal supporters have, however, rallied behind the club and Forsyth sees that as something which helps make it a special place to play.

“It’s like a real family environment and I know my mum, my auntie and my dad love coming down watching games even when I’m not playing, which five years ago they probably would have never done that,” Forsyth said.

“I’ve always loved going down there, I’ve never seen it as a chore, and I feel like I’ve played some of my best rugby there.

“There have been a few tough spells for the club as a whole, but the fans really helped pull the club through. They might have been in a different situation had it not been for them and it really emphasises what a family club it is.”

The ongoing Covid-19 regulations mean the fans will only be able to watch via online streaming when Swinton host Super League side Warrington Wolves in the Challenge Cup third round on Sunday though and Forsyth is disappointed they will not have a crowd to cheer them on. 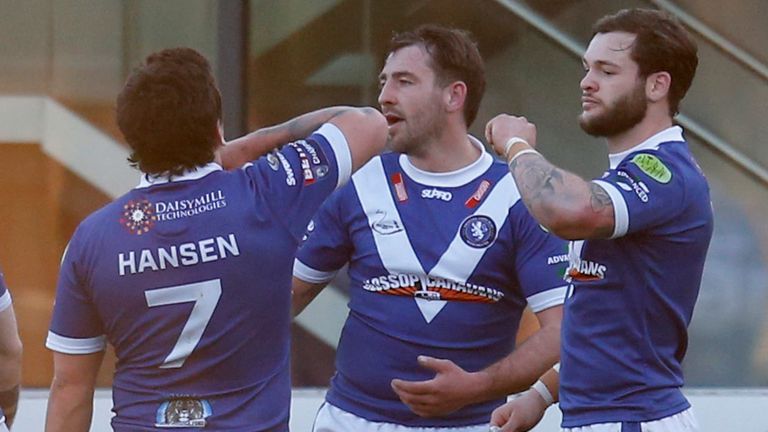 We here to really challenge Warrington and hopefully pull off an upset.

Nevertheless, the Lions will be going all out to cause a Cup upset against their illustrious opponents and Forsyth is confident they will show themselves to be able to compete with the Wolves’ star-studded side.

“It’s the same with the Warrington fans, we’d have loved to have welcomed them there,” Forsyth said. “With Swinton being such a family club, it’s always a really good, friendly atmosphere – hopefully hostile for the players, but always friendly for the fans.

“It’s a shame we can’t welcome them, but it’s up to us to create that atmosphere ourselves within the playing group and make it known we’re not there to be rolled over. We here to really challenge Warrington and hopefully pull off an upset.”