When Liverpool face Real Madrid, Sergio Ramos will not be playing but Nat Phillips will. That latter detail would once have troubled Liverpool supporters but the club’s player of the month for March has not just shown that he is good enough, he is proving an asset.

There was an air of desperation at Anfield when the club signed two centre-backs before the transfer deadline but the mood is calmer now. Ben Davies has not been required. Ozan Kabak is growing into the role but only thanks to the presence of Phillips alongside him.

As Jamie Carragher pointed out on Monday Night Football recently, the presence of two inexperienced players at the heart of the defence is a situation usually best avoided.

And yet, Kabak and Phillips are making it work.

“Because they are young, they will make mistakes. Not glaring mistakes but just things that I see through my experience. But the great thing is that the other one is always there. When one of them is just out of position, their mate is there to help them.

“That is what playing centre-back is all about. It is not about just having one player who is amazing. You work together.”

The pair have now helped to deliver three clean sheets in a row for Liverpool. Their record together stands at four clean sheets out of four in total when the earlier win over Sheffield United is included. The two games in between when they were split up were both lost.

The result is that Liverpool are in with a good chance of a top-four finish again. Hopes even remain of Champions League progression against the 13-time European champions.

Phillips has helped make that possible. 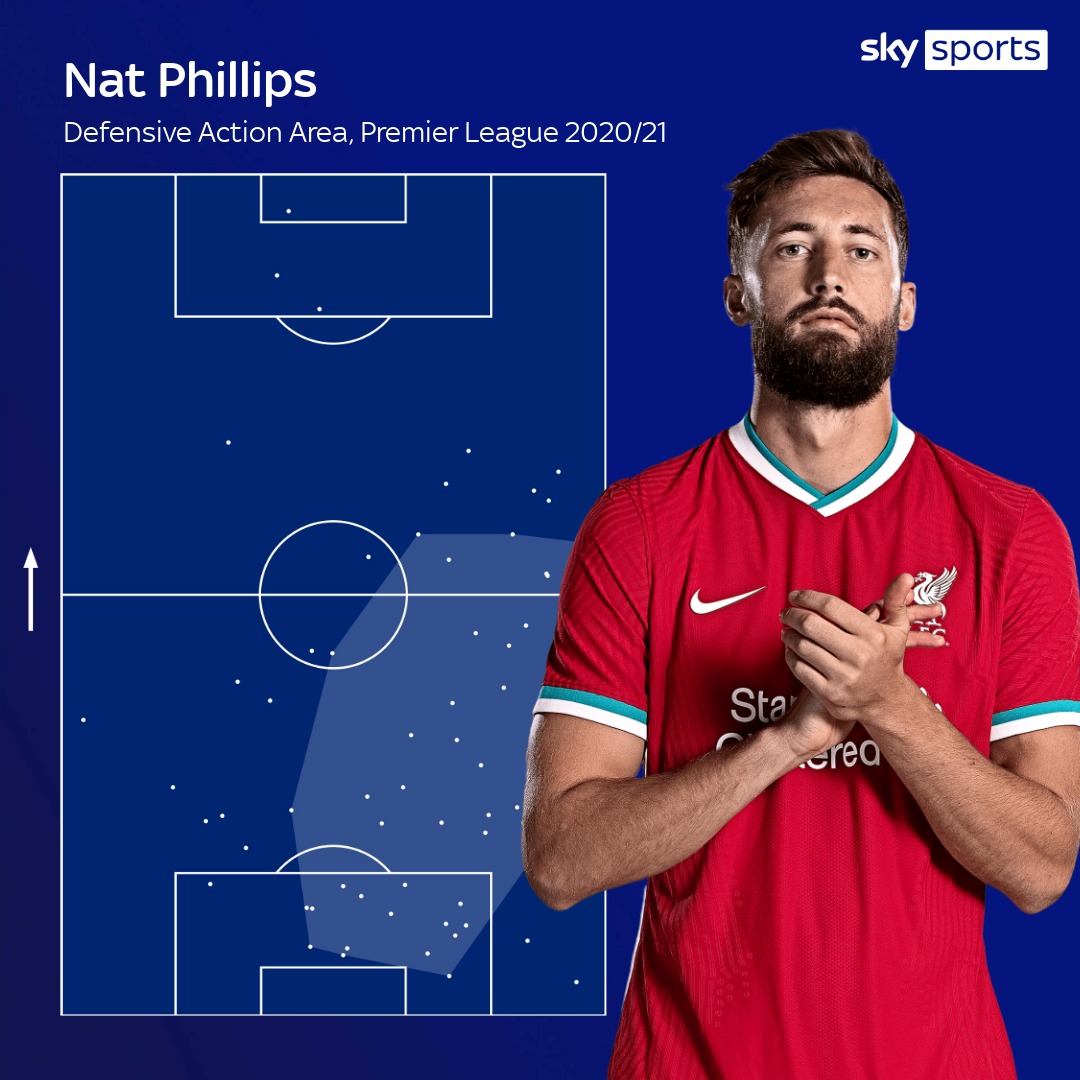 He is an easy guy to root for because opportunities such as the one that will present itself in Madrid on Tuesday are just so unexpected. This is a player who was bound for Swansea in the summer. He was not even in the Champions League squad until February.

“He has made big, big steps,” says Jurgen Klopp. Unlike Rhys Williams, Phillips’ fellow defender pressed into action because of the club’s injury crisis, he is no precocious talent.

In fact, he is not as young as his reputation suggests. At 24, he is not only older than Kabak and Williams but trophy-laden team-mates Trent Alexander-Arnold and Joe Gomez too.

As such, his chance might have passed. He has approached the challenge with the gusto of a man who knows it. Liverpool are used to Rolls-Royce defenders. Now they have a bulldozer, a man who wins his aerial duels and clears the ball when it is there to be cleared.

He does the basics of defending well.

Phillips is getting a block on the ball twice as often as any other Liverpool player this season and that sheer endeavour is making a difference. It was his header against Wolves that led to the winning goal at Molineux. “He is a monster in the air,” said Carragher.

Against Arsenal on Saturday, supporters were treated to the sight of him harrying Alexandre Lacazette to help win the ball back deep in the opposition half and storming down the wing.

No Liverpool supporters were in the stadium but if they were they could not show more willingness than Phillips. It is just in his nature. He was doing these things while winning promotion to the Bundesliga with Pellegrino Matarazzo’s Stuttgart side last season.

Prior to making his Premier League debut against West Ham in October, Phillips’ only experience of senior league football had come in Germany’s second tier. “He is a good guy so I am happy for him that he is doing so well at Liverpool,” Matarazzo tells Sky Sports.

“It is not a surprise how he has handled this. He is a top character. You cannot get much better as a human being. He is a great guy who is very ambitious. He needed to get his chance but I am not surprised that he has taken that chance.”

While pandemic football has not brought the pressure of playing in front of huge Anfield crowds, Phillips is prepared for that too. His last home appearance for Stuttgart before games were played behind closed doors, was a 2-1 win over Bochum in front of 54,302 fans.

Expectations were high. Promotion was demanded and it was delivered, with Phillips playing an important part – on and off the field. “Nat is a great team player,” adds Matarazzo.

“He works hard on the pitch. He is a guy who brings the team together, on the field and off the field. He brings a lot of emotion into his game, goes hard into the tackles.”

The statistics highlight the importance of his defensive contribution, but there is more to his game. Phillips’ passing has been reliable and the responsibility is not new to him. That was an obligation at Stuttgart too. “We had a lot of possession,” says Matarazzo.

“I would like to believe he also developed on the field as a footballer during his time here at Stuttgart where we played an offensive style even in the second division.”

That development continues. There is still no great expectation that Phillips will establish himself as a Liverpool regular in the long term. Supporters will expect Gomez and Virgil van Dijk to return, notwithstanding any future moves in the transfer market.

But Phillips has been a revelation, nevertheless. He has proven himself at the highest level. More than that, he has all the hallmarks of an enduring Liverpool cult hero. In Madrid on Tuesday evening, Nat Phillips has the chance to take his standing to another level.