Kyle Feldt has been placed on report, much to the displeasure of the entirety of Queensland Country Bank Stadium, after the Cowboy crunched Jack Bird in a sensational tackle.

Shortly before half-time with the Dragons leading 12-6, Feldt lined up Bird one-on-one and folded him brilliantly in a bone-rattling hit.

That had the crowd in raptures as both sides fired up in the aftermath of the challenge.

But much to the dismay of the Queenslanders, Feldt was placed on report for a dangerous throw and will await the verdict of the MRC. 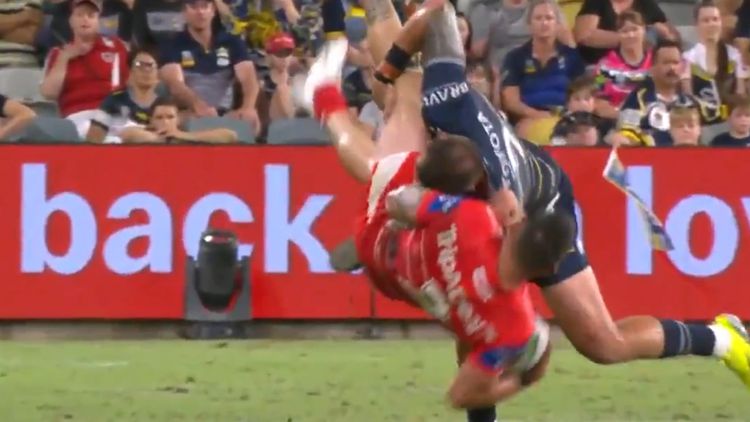 “It was a terrific tackle, and in a millisecond it just goes fractionally wrong,” Michael Ennis said on Fox Sports.

“The collision was great, at full speed it was just a good technical driving tackle, but it just went above the horizontal and Jack Bird’s head hits the ground.

“He probably is in a bit of strife but I don’t think there is any intent deliberately.”

Probably the right decision upon review, but what a moment from the star! 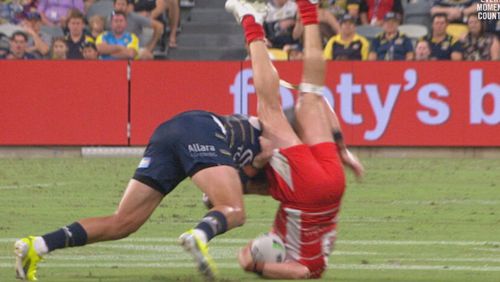 Kittle explains why Tebow wasn’t invited to TE U

June 22, 20213 min read
One of the organizers of this week's Tight End University said Tim Tebow did not…

How Scotland bowed out after Hampden defeat

Scotland bow out after Modric masterclass

June 22, 202110 min read
Scotland's hopes of progression to the knockout stages of a major tournament for the first…

Zerafa ‘surprised’ to be ‘under Tszyu’s skin’

June 22, 20213 min read
His coach and a number of teammates may have been less forgiving, but Ben Simmons…