Australia sent a second-string side to New Zealand and the Blackcaps feasted on the new-look team in the opening T20 clash, storming to a 53-run win in Christchurch.

New Zealand quicks Tim Southee and Trent Boult tore through the visitors’ top order early, and while a 45-run Mitch Marsh cameo gave Australia a glimmer of hope, they were bowled out well short of the required 185 to win in 17.3 overs.

Australia were forced to select a T20 squad stripped of a host of stars because the Test squad was due to tour South Africa at the same time, and although the series was cancelled due to COVID-19, the likes of Steve Smith, Pat Cummins and Mitchell Starc weren’t drafted in.

Star batsman David Warner joined the Fox Cricket commentary box for the clash and said post-match that Australia had some major problems to address. 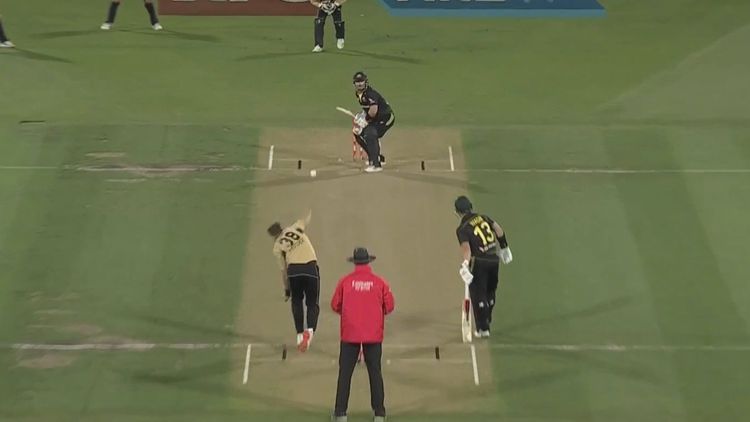 “You’ve just got to go back to the drawing board and … go back to your plans and see what you did wrong and see if you can learn from your dismissals.

“As you talk about with death bowling as well; what can you do better towards the death? Conway played well; now where do they bowl to him next game?

“There are other guys as well. Glenn Phillips could go off. Kane Williamson can bat 20 overs, Martin Guptill can get back into form, so there are a lot of other areas Australia have got to worry about.” 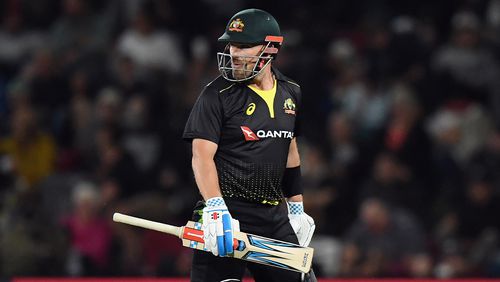 June 19, 20218 min read
Coping mechanisms are as much a feature of the NBA playoffs as the postgame podium.…

Verstappen back on pole ahead of Hamilton in France

US Open to be held with full capacity crowds

June 19, 20212 min read
The US Open will be held at the USTA Billie Jean King National Tennis Center…

June 19, 20213 min read
Christian Eriksen surprised the Denmark team with a visit in the middle of a training…

June 19, 20212 min read
Raiders youngster Xavier Savage may go down in the annals of rugby league after having…

June 19, 20213 min read
GWS Giants star Toby Greene is once again in hot water after being reported for…

June 19, 20211 min read
The Storm have got off to a rocketing start against the Tigers, running in five…

June 19, 20213 min read
David Teague's coaching credentials have once again been put under the microscope following another lifeless…

June 19, 20213 min read
An exasperated Michael Maguire made a monumental statement during the half-time break in Wests Tigers'…

June 19, 20218 min read
Coping mechanisms are as much a feature of the NBA playoffs as the postgame podium.…

June 19, 20213 min read
Christian Eriksen surprised the Denmark team with a visit in the middle of a training…