Sam Smith says Naomi Osaka will need to overcome a different mentality to win her fourth Grand Slam from four finals with the Nine commentator pointing out that this is the first time the Japanese star has been a hot favourite to win.

Osaka has beaten major winners Serena Williams, Petra Kvitova and Victoria Azarenka in her three Slam finals to date, with all of those players edging her for experience on the big stage.

Smith says that allowed Osaka to approach those finals with very little pressure on her. She was able to free her mind of pressure and perform at a high level each time. 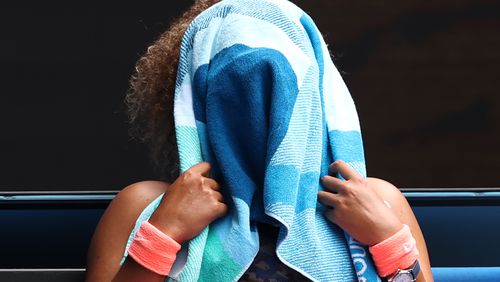 Smith said it would be fascinating to see if favouritism affected her.

“A lot of pressure on Naomi Osaka. This is the first Slam final where she is the out and out favourite,” Smith told Wide Wolrd of Sports’ The Morning Serve.

“Yes, she played Azarenka in the US Open final where she was the favourite, but Azarenka is a former Slam champion and a world No.1.

“The pressure is enormous out there.”

“She exudes calmness now. She said she plays to have her name engraved on the trophy,” Molik said.