A laughing Latrell Mitchell has revealed he’s told Benji Marshall not to run the ball in tonight’s clash between the Indigenous All Stars and Maori All Stars, pointing to his lethal footwork.

Marshall will run out for his beloved Maori All Stars for the first time when the two cultures collide at North Queensland Stadium, a match set to pit Marshall against new South Sydney Rabbitohs teammate Mitchell.

Marshall was at the peak of his career during his four appearances for the now-defunct NRL All Stars outfit between 2010 and 2013, embarrassing defences with his breathtaking step.

But Mitchell has suggested to the legendary playmaker that he should park his trademark footwork for his return to the All Stars arena. 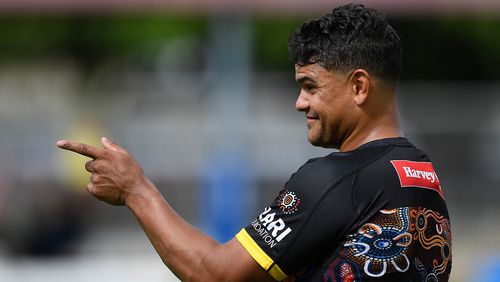 “I’m just going to tell him not to run the ball. He knows. I told him beforehand anyway,” Mitchell said on the Today show.

“He’ll probably just do a little sidestep and shimmy and get away. It’ll be interesting.”

If Mitchell’s words on his own game is of any indication, the footwork of the Indigenous All Stars weapon won’t be hindered in his comeback game from a ruptured hamstring.

The dual premiership-winner hasn’t played an official match since a hamstring injury ended his 2020 campaign in Round 16, limiting the former Rooster’s first season at the Rabbitohs to just 14 games.

But Mitchell said he was in top nick for the All Stars match. 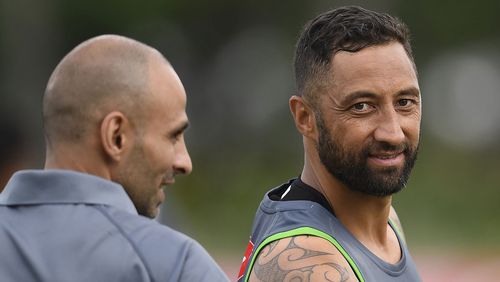 The NRL has run an All Stars exhibition match since 2010 but a Maori side wasn’t formed until 2019.

The clash is a chance for NRL players of Indigenous and Maori heritage to celebrate their culture on the cusp of the season – and it’s of huge significance to Mitchell.

“It’s all about coming together and obviously it’s for the Maori culture as well,” Mitchell said.

“They practice the same things we used to do and we still do today.

“It’s really something special to be able to be a part of.

“I know coming into this week the boys are really look forward to it and I think it sets us up for the 2021 season.”